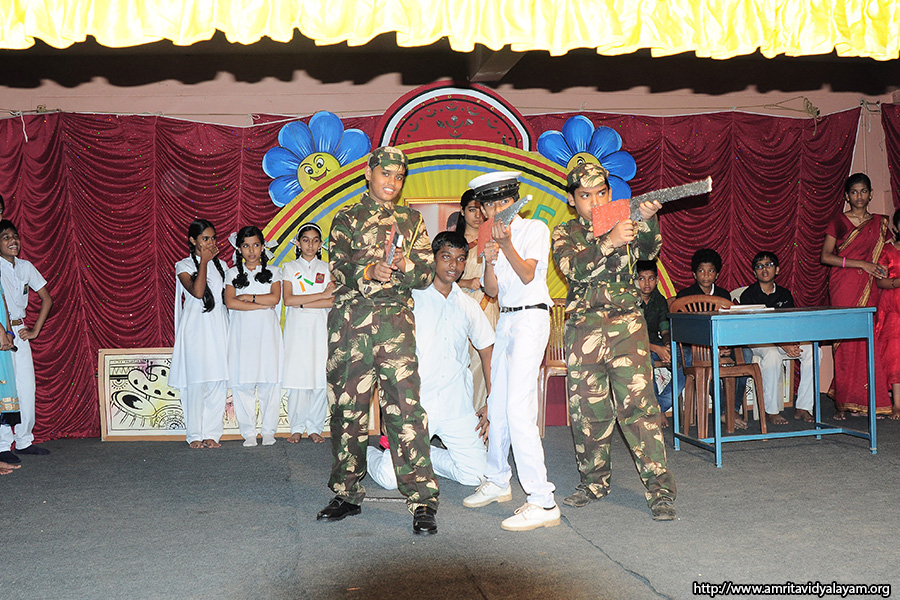 The 69th Independence Day of our country was celebrated at our school on August 15, 2015 magnificently with great joy, and respect for Mother India.

The Flag hoisting ceremony was performed by our Principal, Brni Chithra. Many cultural programmes were also organized on the day. This day is dedicated to all those brave leaders and fighters who struggled to obtain freedom for this wonderful land. This was the day on which India finally won freedom from British rule, and is important to every Indian regardless of religion, class, creed or race.

The students of Amrita Vidyalayam gathered together wearing neat school uniforms in order to show the unity of Indians. They made the day exceptional by taking an oath to respect our country. A band troop was arranged by them to express their sincere loyalty. Some visuals about the great freedom fighters of our country were displayed, and a skit dedicated to the soldiers of India was also staged by the students.

As per the directions of MHRD regarding reducing the weight of school bags, Amrita Vidyalayam schools are restricting the subjects for Standards 1 and 2 to English, Mathematics, and second and third languages. Standards 3 to 5 will have EVS in addition to the above subjects.